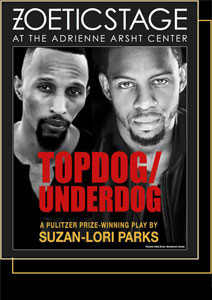 at the Adrienne Arsht Center for the Performing Arts
November 2 – 19, 2017

Winner of the Pulitzer Prize for Drama, Topdog/Underdog is a darkly
comic tale of brotherhood and family identity. The play tells the story of
Lincoln and Booth, two African-American brothers (whose names were
given to them as a joke) coping with women, work, poverty, gambling,
racism, and their troubled upbringings. Haunted by the past, the
brothers are forced to confront the shattering reality of their future. 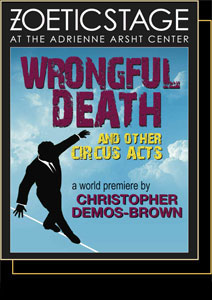 at the Adrienne Arsht Center for the Performing Arts
January 18 – February 4, 2018

Following a fatal plane crash, Laura Mendes, a struggling personal injury
lawyer, scampers to sign up the case of a lifetime. This dark comedy,
by one of South Florida's finest playwrights, takes a wry, satirical look at
the crude ways in which Capitalism places value on human life.
Wrongful Death and Other Circus Acts is the latest world premiere
from Christopher Demos-Brown, award-winning writer of
Stripped, American Son & Fear Up Harsh. 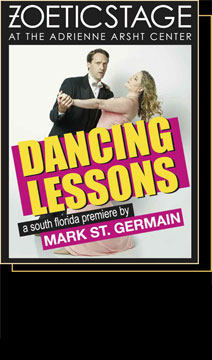 Dancing Lessons is the story of Ever, a young man with high-functioning
autism, who enlists the help of a Broadway dancer to in order to help
him survive an awards dinner. The dancer, Senga, is recovering from an
injury that may end her dancing career. As their relationship unfolds,
they are caught off-guard by the discoveries—both hilarious and heartwarming—
that they make about each other and themselves.

Recent winner of the Tony Award for Best Musical, Best Score, and Best
Book of a Musical, Fun Home is about Alison, a graphic novelist who
dives deep into her past to tell the story of her father, a volatile, brilliant,
one-of-a-kind man whose temperament and secrets defined her family
and her life. Through her work, she relives her unique upbringing in the
family's funeral home, her burgeoning sexuality, and the looming,
unanswerable questions about her father. Fun Home is a refreshingly
honest, wholly original musical about seeing your parents through
grown-up eyes.