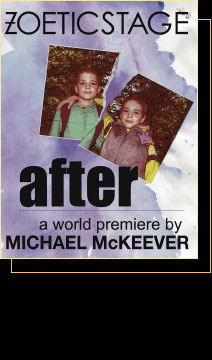 at the Adrienne Arsht Center for the Performing Arts
October 27 – November 13, 2016

Reeling in the aftershocks of an American tragedy, a victim's loved
ones come face to face with the family of the accused. Shocking,
topical and moving, After follows the heartbreaking, ultimately uplifting
year-long journey of two families left to pick up the pieces of a life
interrupted, after the funerals have ended and
news cameras have gone home. 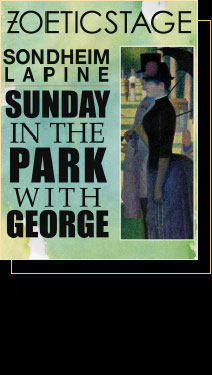 at the Adrienne Arsht Center for the Performing Arts
January 19 – February 12, 2017

Winner of the Pulitzer Prize for Drama, the Olivier Award for Best Musical,
and hailed by critics as one of the first truly modernist works of musical
theater, Stephen Sondheim and James Lapine's Sunday in the Park with
George has become one of the most acclaimed musicals of our time.

Inspired by Georges Seurat's landmark painting "Sunday Afternoon on
the Island of La Grande Jatte," this poignant musical masterpiece
about a tortured artist and his devoted muse searches for
truths about life, love and the cost of creativity.

at the Adrienne Arsht Center for the Performing Arts
February 23 - March 12, 2017 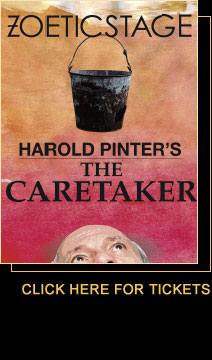 The Caretaker
By Harold Pinter
Directed by Stuart Meltzer

From Nobel Prize Laureate Harold Pinter, The Caretaker is a powerful,
exhilarating exploration of control, social class and the human
condition. Hailed by critics as richly poetic, this tangled tale of two
brothers and the mysterious stranger who enters their world crackles
with absurd comedy that comes to resemble profound tragedy.

The Caretaker sold out runs in both New York and London, and remains
one of Pinter's most celebrated and performed works. This new
production is presented by Zoetic Stage, producers of the critically
acclaimed Theater Up Close production of Harold Pinter's Betrayal.